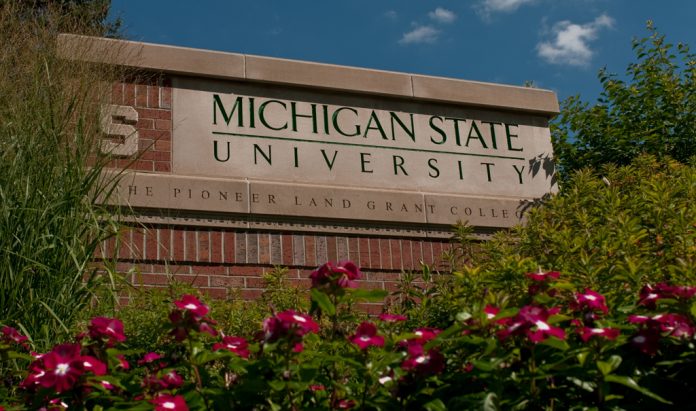 Michigan State University in East Lansing and WKAR have received a license from the Federal Communications Commission, or FCC, to launch an experimental Next Generation TV broadcasting station to focus on digital advancements and internet-based connectivity.

“We have authorized a new broadcast standard and it’s going to open up the doors to what television may be in the future,” says O’Rielly. “WKAR is now authorized to test out ATSC 3.0 in their new lab and work with public broadcasting stations covering 200 million Americans.”

WKAR is the first public broadcasting station in the United States to receive FCC authorization to begin experimental ATSC 3.0 broadcasts. WKAR expects to begin ATSC 3.0 experimental broadcasting in September. The license is good for six months, and WKAR will need to petition for an extension to continue the broadcasts.

“Next Gen TV has great potential to enhance our media experience by merging the best of broadcasting and broadband,” says Prabu David, dean of the College of Communication Arts and Sciences, which houses WKAR. “The experimental license offers MSU and WKAR a test bed to explore new media innovations in education, information, and even autonomous vehicles in depth and in the field.”

WKAR’s experimental ATSC 3.0 station will broadcast in mid-Michigan on digital frequency 35, with a broadcast reach of approximately 40 miles. Consumer products that can receive ATSC 3.0 signals are not expected to be widely available in the U.S. before 2020.

With the experimental ATSC 3.0 station as a test bed, MSU will open the NextGen Media Innovation Lab, a new research facility within WKAR and the College of Communication Arts and Sciences on the MSU campus. The lab will have an emphasis on outcomes related to education and public media content.

“Capitalizing on MSU’s expertise in early childhood education, one of the first projects planned for the NextGen Media Innovation Lab will focus on the use of ATSC 3.0 to improve early childhood education,” said Susi Elkins, director of broadcasting and general manager of WKAR. “We intend to focus on ATSC 3.0 applications that are central to the core values of non-commercial television licensees – education and the betterment of our communities.”

In partnership with the Public Media Venture Group, or PMVG, and in collaboration with non-commercial educational television stations nationwide, the NextGen MI Lab will provide an opportunity to test ATSC 3.0 applications and share findings. The PMVG is a consortium of 25 public TV licensees serving 199 million people across the country, in markets large and small, urban and rural. The group includes producers of national content, including WGBH, WNET, KQED, and KCET.