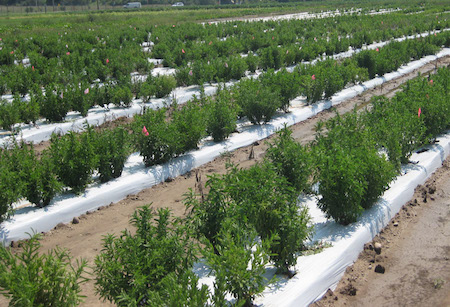 Researchers at Michigan State University in East Lansing have been awarded a $3.2 million U.S. Department of Agriculture grant to help make stevia, a low-calorie sweetener, a more viable crop nationwide. Specifically, the team will work to improve stevia’s flavor and find ways to help farmers effectively produce the perennial.

“As a crop, stevia is on the verge of being adopted more in the U.S.,” says Warner. “Food and beverage manufacturers who use stevia have expressed a desire for domestically sourced ingredients.”

Warner is focused on developing a genome sequence of stevia and conducting molecular breeding of the plant to better understand the production of sweet-tasting compounds.

“Stevia produces at least 25 sweet-tasting compounds, which we collectively refer to as steviol glycosides,” adds Warner. “The key with these better-tasting compounds is that they’re produced in much lower concentrations, so we are working to breed new varieties that produce more of these minor glycosides.”

According the Michigan Department of Agriculture and Rural Development, the food and agriculture industry contribute $101 billion annually to the state’s economy, and total employment is 923,000, which accounts for 22 percent of the state’s workforce.