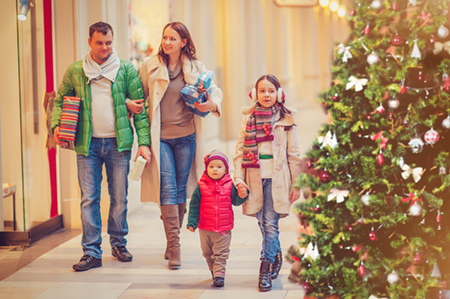 “December was the best month since July, helped by sharply lower gasoline prices, lower unemployment, and moderate weather,” said James P. Hallan, president and CEO of the Michigan Retailers Association. “That boost lifted holiday sales and results for all of 2014, although not as much as expected.”

In December, a seasonally adjusted performance index of 66.5 on a 100-point index, which gauges the performance of the state’s overall retail industry, was up sharply from 48.1 in November. Index values above 50 generally indicate positive activity; the higher the number, the stronger the activity. In December 2013, the index stood at 50.5.

Looking forward, 49 percent of retailers expect sales during January, February, and March to increase over the same period last year, while 22 percent project a decrease and 29 percent see no change. That puts the seasonally adjusted outlook index at 68.

On a national level, total holiday retail sales, which include November and December sales, increased 4 percent from the year before to $616.1 billion.