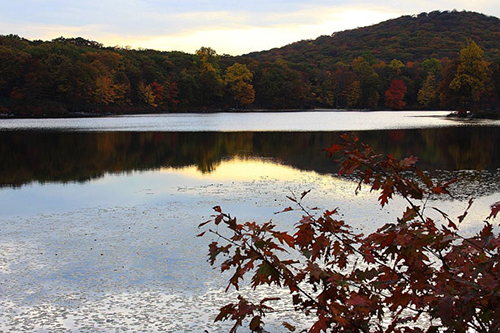 Michigan ranks fourth in the nation for employment in water-related industries, says a new report from the University Research Corridor, a collaborative research alliance between Michigan State University, University of Michigan, and Wayne State University.

According to Innovating for the Blue Economy, more than 718,000 people work in industries that either provide water-related products and services or depend on water quality and quantity, such as agriculture and manufacturing. It does not account for jobs in so-called “downstream industries” such as tourism or sports fishing.

“One in five Michigan jobs is tied to having good and plentiful water,” says Patrick Anderson, founder and CEO of East Lansing-based Anderson Economic Group, which helped prepare the report. “It is an important economic driver in Michigan, and extends to Great Lakes shipping, advanced manufacturing, agriculture and (commercial) fishing, and over 80 other industry subsectors where Michigan workers are employed today.”

Surrounded by the Great Lakes, home to 18 percent of the world’s surface fresh water (80 percent in the United States), Michigan falls only behind Alabama, Indiana, and Wisconsin in water-related job creation — a ranking the state should take steps to capitalize on, says John Austin, director of the Michigan Economic Center.

“Findings from the (University Research Corridor)’s report reinforce the Michigan Economic Center’s assessment that Michigan has the assets to be the global leader in … water research, education, and new technology and business development,” Austin says.

Each year, the University Research Corridor — which collectively offers 68 undergraduate and graduate programs in water-related areas such as engineering, agriculture, public health, natural resources, and business — produces more than 3,400 graduates with water-related degrees. Likewise, the corridor’s universities have accounted for nearly $300 million in water research, education, and outreach activities over the past five years.

“Water isn’t just Michigan’s defining characteristic, but the foundation of life on earth,” says Lou Anna K. Simon, president of Michigan State University. “Our three universities make significant commitments to support water-related research and programs. These not only support Michigan’s economy and quality of life, but position the state as a knowledge wellspring for the world’s most precious natural resource.”