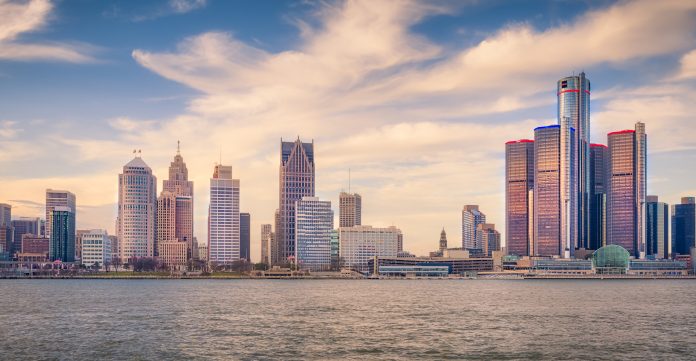 Michigan moved up nine places in Chief Executive magazine’s 14th annual Best and Worst States for Business survey, the Michigan Department of Talent and Economic Development announced Thursday. The report was released this week and placed Michigan at No. 27 on the list.

Michigan’s improvement was the second-largest gain among states this year, after Rhode Island, which jumped 10 spots to No. 32.

Last year, Michigan created more than 47,600 new private-sector jobs, improved its competitiveness with business tax incentives, and reduced its unemployment rate for the eighth consecutive year to its lowest point since 2010.

“This new survey shows Michigan has come a long way in a short amount of time,” says Michigan Governor Rick Snyder. “It also proves we are moving in the right direction and laying the foundation for sustainable, long-term success. We are creating a better business climate ready to attract the hundreds of thousands of good-paying jobs coming back to our state in industries like manufacturing, information technology, health care, and other professional trades.”

State leaders anticipate their Marshall Plan for Talent is slated to have more than 800,000 jobs to fill through 2024 in high-demand career fields.

“Michigan is not letting up, nor will it sit on the sidelines,” says Roger Curtis, director of the talent and economic development department of Michigan. “Through efforts like the Marshall Plan for Talent, we will continue to push Michigan even further in the race for the best place to do business and find talent.”

“Our efforts to put in place a competitive tax structure, recruit and retain talent, and support vibrant communities have proven to be an effective strategy in growing Michigan’s economy,” says Jeff Mason, CEO of Michigan Economic Development Corp. “CEOs across the country are taking notice, with Michigan ranked among the top five states for major new and expanded facilities, and more than half a million new private-sector jobs in the state since 2011.”