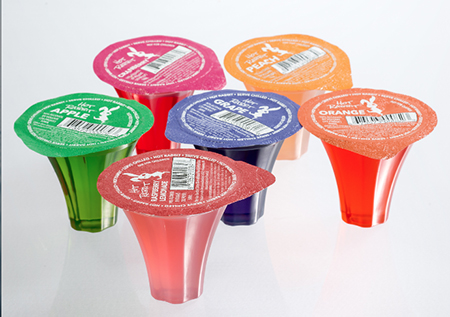 “What we’re focusing on now is developing our distribution network and getting (the shots) into places where people like to party,” says Justin Near, co-founder and president of Bombshell Brands and the new Hot Rabbit brand.

Near says Bombshell Brands has been working for the past year to develop the formula, choose flavors, and get the shots approved in the United States. The product is produced (rather ironically) in Temperance, in southeast Michigan, and distributed to nightclubs, bars, and retail stores around the state.

Made from a proprietary gelatin blend that allows the shots to remain solid at room temperature, Near says the product doesn’t need to be refrigerated and can be kept in dry storage for up to two years. Traditional Jell-O shots, he says, need to be kept cold and go bad after about a week.

Near says the Hot Rabbit brand has been communicating with major vacation destinations, including hotels in Las Vegas as well as cruise lines, to sell the product. The company is also working on developing more flavors.

The 50-milliliter shots are sold individually for $1.99. They contain 10 percent alcohol by volume, and come in six flavors: apple, orange, grape, cranberry, peach, and raspberry lemonade.