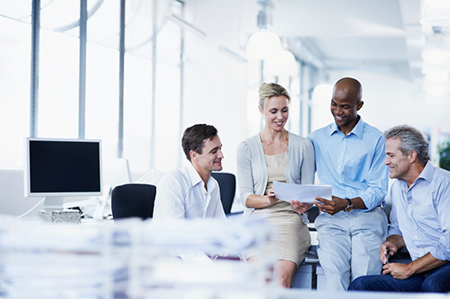 Michigan ranks fifth in the country for its creation of nearly 400,000 private sector jobs since late 2010, in a report released today by U.S. Bureau of Labor Statistics.

“We can’t just be satisfied with being a leader in the Midwest,”  Gov. Rick Snyder. “We’re working to lead the nation in developing the skilled trades, creating an environment for businesses to grow and thrive, and building on the entrepreneurial spirit that is known around the globe.”

Data from the Bureau of Labor Statistics also revealed that Michigan’s unemployment rate — 5.9 percent — is the lowest it’s been since 2001. This is down from 6.3 percent in January and 7.8 percent in February 2014.

The state has created more private sector jobs than any other Midwestern state, but trails California, Texas, Florida, and New York nationally. In the last year, Michigan has seen growth in fields such as hospitality, trade, manufacturing, and construction, among other industries.

Between 2000 and 2010, Michigan lost around 870,000 jobs, with 632,000 coming during the Granholm administration. Since taking office, Snyder and the state legislature moved to make business taxes more competitive with other states, eliminated more than 3,000 unnecessary and obsolete regulations, balanced the annual state budget every year, and ushered in Michigan as a right to work state.

“Michigan has natural assets and strengths capable of driving long-term job, income and GDP growth,” says Doug Rothwell, president and CEO of Business Leaders for Michigan. “But these opportunities are only meaningful if we act on them in smart, aggressive ways. We’re in a fast-paced global race for economic leadership. We must maximize every opportunity we have if we’re going to win.”

Rothwell highlighted his organization’s latest report on each of six key opportunity areas identified in the Michigan Turnaround Plan’s New Michigan strategy as having the best potential to create good paying jobs in the state. “Michigan can be a global leader, but we have to aggressively build upon our strengths,” Rothwell says. “As a top 10 competitor, our state stands to gain 230,000 more jobs by 2023, $14,000 more in average annual earnings, and $36,500 more in per capita GDP. We can’t afford not to get serious about each of these opportunities.”

“We need to keep our pedal to the metal,” Rothwell says. “If Michigan was performing at top 10 levels, we would not be experiencing any type of wage differential.”

The conference included discussion on how other states and regions are leveraging their key strengths. “Other states have engaged in processes similar to ours as they map out their assets and opportunities and begin to move forward,” Rothwell says. “We must take pages from their playbooks and be aggressive about our future economic growth.”

Highlights of the 2015 New Michigan report include: