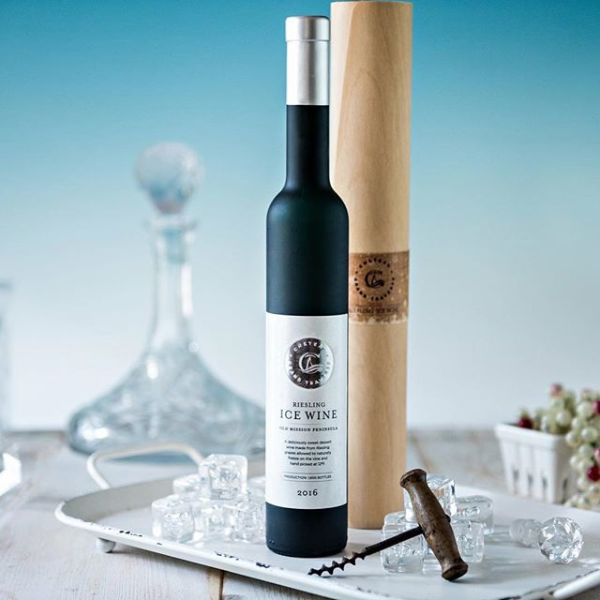 The Michigan Grape and Wine Industry Council today announced the winners of the 41st annual Michigan Wine Competition. Fifty-five of the state’s 145 wineries entered 413 wines into the competition, which is open only to wine produced from Michigan grapes and other fruit.

This was the first year wineries vied for a trophy in a category specifically for ice wine — the first and only ice wine trophy in the United States. Michigan’s climate and growing conditions are ideal for producing ice wine, which is made with grapes left on the vine until the temperature dips enough to freeze the grapes nearly — but not completely — solid. The grapes must be harvested and crushed while frozen, yielding a decadent nectar that when fermented becomes the coveted ice wine.

Gold medals were awarded to a wide variety of wines — from bone-dry reds to sweet and luscious dessert wines. At the end of the day, 29 judges from around the country awarded the top “Best of Class” awards to nine wines from a group of 95 gold medal winners, including 27 double gold. The competition was held on July 31 in East Lansing.

The Best of Class Awards:

Christopher Cook, food and wine critic for Hour Detroit, served as superintendent for the 2018 Michigan Wine Competition. He was a judge for 12 years before becoming superintendent in 2001.

This year, judges included Master Sommelier Madeline Triffon, and Doug Frost, who is both a Master Sommelier and Master of Wine, as well as notable wine writers, winemakers, and wine educators.

Amanda Danielson, Certified Sommelier and owner of Trattoria Stella and The Franklin, both located in Traverse City, commented, “The quality of judging is amazing. The room is full of qualified wine professionals from all sectors of the industry who really understand and support Michigan wines.”

Among the judges were Dick Scheer, owner of Village Wine Shop in Ann Arbor, who has judged in the competition for more than 30 years. “It’s good to witness the return of the reds,” says Scheer. “2014 and 2015 were such curtailed crops, there were precious few reds. The 2016s made a great showing in both the vinifera and the hybrid flights. The small remaining cadre of 2013s reinforced my impression that this too is a fine Michigan red wine vintage. At the 2016 competition, the 2013s led the red wine resurgence.”

The competition is co-sponsored by the Kellogg Hotel and Conference Center in East Lansing, which will host a Gold Medal Wine Reception featuring the best wines from the competition on Thursday, August 9.

The competition is also sponsored by the Michigan Grape and Wine Industry Council, which is administered by the Michigan Department of Agriculture and Rural Development. For more information about the wines and wineries of Michigan, contact the council online, or by phone at 517-284-5742.