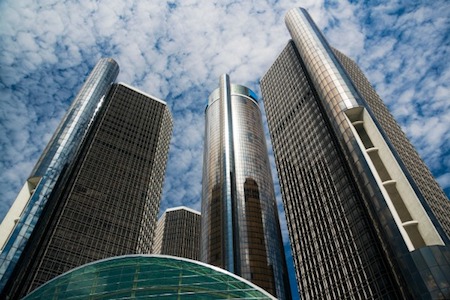 The new report, A Path to Good-Paying Careers for All Michiganders: A 21st Century State Policy Agenda, indicates that despite seven consecutive years of national economic expansion and a strong rebound from the near bankruptcy of the automotive industry, many Michigan households are still struggling.

Michigan Future president Lou Glazer says it should be clear that previous goals of Michigan’s policymakers, including growing the economy, lowering unemployment rates, and being business friendly, are not sufficient in creating an economy that benefits everyone.

“It should also be clear that trying to turn the clock back to recreate the economy of the past has not worked” adds Glazer. “Both parties in Michigan have been promising they can do that for decades without success. Good-paying work today and, even more so, tomorrow looks much different than good-paying work in the past. This requires state policies that are aligned with — rather than resisting — the new realities of work.”

The report recommends changing the way state policies work to improve the economic well-being of Michigan residents, including:

“These are the kinds of polices Michigan needs if we are going to move toward a goal of giving all of our citizens the ability pay their bills, save for retirement and their children’s education and pass on a better opportunity to the next generation of Michiganders,” says Glazer. “Failure to act will continue our current situation, where about 25 percent of people — mostly those with four-year degrees or more — do well, and 75 percent face stagnating or lower incomes.”

A full copy of the report can be read here.