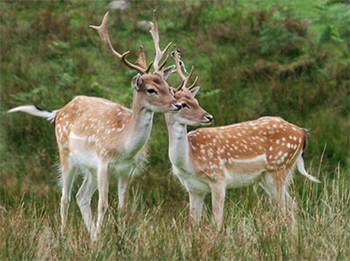 The deer harvest in Michigan is estimated to have increased by as much as 17 percent in the Lower Peninsula compared to 2014, while the Upper Peninsula saw a decrease in deer harvest of nearly 20 percent, says the Michigan Department of Natural Resources.

“We anticipated a poor harvest in the U.P. due to the drastically low deer population throughout much of the U.P. over the past couple of years,” says Ashley Autenrieth, deer program biologist at the Michigan DNR. “However, we’ve seen uncharacteristically high temperatures and low snowfall levels so far this fall, and if this continues, we hope the herd will begin rebounding.”

Autenrieth says warmer than average temperatures make for a more challenging hunt in the beginning of the season because deer don’t tend to be as active in warmer temperatures. She says hunters may have stayed out longer hunting to enjoy the weather, which may have helped the harvest. She says biologists reported good body condition and antler development on many bucks that were registered at check stations.

Autenrieth says bucks that were registered in the U.P. tended to be 3.5 to 4.5 years old, which reflects the low numbers of younger age classes from winter effects and the continuing impact of predators.