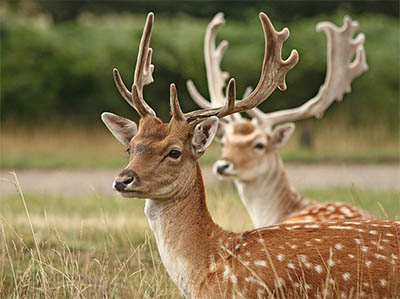 Success rates for the 2015 deer-hunting season in Michigan are expected to increase slightly compared to the 50 percent success rate seen in 2014, says the Michigan Department of Natural Resources.

“It’s really a story of two different peninsulas right now,” says Chad Stewart, a deer and elk program specialist for the DNR. “The Upper (Peninsula) is struggling with their deer herd a little bit, and the Lower Peninsula has spots that are doing really well.”

For the 2015 season, Stewart says hunters should expect to see fewer deer in the Upper Peninsula, especially deer from 1.5 to 2.5 years old. The harvest of antlerless deer with either the single deer license or a combination deer license is no longer allowed in the U.P.

“We’re not expecting any miracle rebounds up there,” Stewart says. “I would anticipate hunting continues to be pretty difficult.”

In the northern Lower Peninsula, he says the deer population is expected to increase compared to last year. Deer sightings have been good throughout the region, with many fawns, including sets of twins and triplets, reported.

He says the southern Lower Peninsula has seen relatively mild winter conditions, and combined with a high quality habitat, should result in a successful season. Stewart says a fair number of fawns travelling with does in the region have been reported.

“In addition to (the number of sightings reported), the mass crop — the acorns and apples — are anywhere between average and good compared to previous years,” Stewart says. “There should be no shortage of food on the landscape. I think there’s definitely reason for optimism in the Lower Peninsula. “

He says if Michigan sees a dry fall and some of the crops are harvested, the state should have a good start to the firearm season.