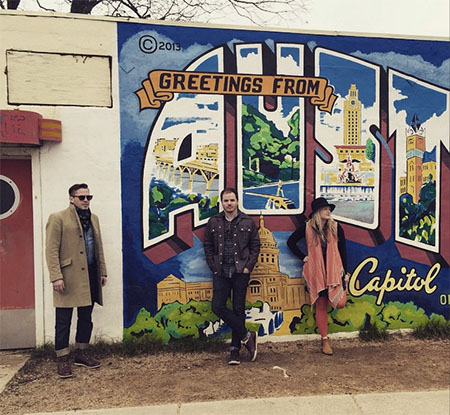 A group of Michigan businesses, artists, musicians, and organizations are heading to the South by Southwest Music, Film, and Interactive Conference and Festival (SXSW) in Austin, Texas in March.

Middle West, a Grand Rapids-based pop-up store that sells Michigan-based products, will curate the design of the house, while Herman Miller in Zeeland, near Grand Rapids, will provide some of the furniture for the house.

“Our hope is that, especially people from Michigan who are traveling down there for the festival, that they can kind of think of it as a home away from home,” says Ted Velie, founder of Middle West. “It’s far enough away where it’s kind of outside the craziness of the festival but it’s close enough to grab a Founder’s (Brewery) beer and relax for a little bit before heading out to see some more concerts.”

ArtPrize, an international art competition held in Grand Rapids every September, will have a recording studio at the house. About 14 different bands are expected to record there. Other companies that will participate in the conference include Detroit Aircraft Corp., an authorized manufacturer and distributor of unmanned aerial systems from Lockheed Martin. Detroit Aircraft CEO Jon Rimanelli will be speaking during SXSW’s Connected Car Pavilion event as well as showcasing the company’s aerial vehicles in a demonstration area.

“SXSW is a really effective cross-media platform to reach the entire creative community,” says Christian Gaines, executive director of ArtPrize. “The Michigan House at SXSW is a great vehicle to achieve that end. We’re very excited to be involved.”

The house will be located about a half mile outside of the festival, in East Austin. SXSW will take place March 16-19.