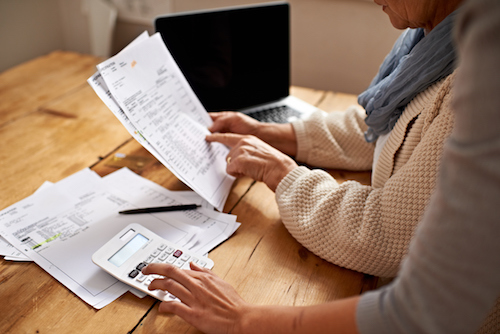 A broad base of Michigan-based businesses, industry groups, and chambers of commerce came together Monday to speak out against pending legislation that would mandate suburban employers become tax collectors for cities that impose an income tax on their residents.

Legislation in both the Michigan Senate (Senate Bill 1127) and House (House Bill 4829) would penalize employers who hire residents of cities that impose a local income tax.

“If cities are unwilling or unable to carry out the responsibilities that come with imposing an income tax on their residents, then maybe they should repeal the tax outright,” said Tricia Kinley, senior director of tax and regulatory reform at the Michigan Chamber of Commerce in Lansing. “Or, cities should work to improve their own enforcement mechanisms.”

Currently, 22 Michigan cities, including Detroit, impose a local city income tax. “The legislation should not be viewed as ‘just another withholding’ that employers can easily do,” says Jeff Wiggins, State Director for the Associated Builders and Contractors of Michigan in Lansing. “These bills would expose employers to unknown liabilities and never-ending audits.”

Under current law, employers located in a city with a tax have an obligation to withhold and remit the tax on behalf of their employees. The law is legally sound, Kinley says, since the employer has a connection to the city and receives services. However, requiring employers who have no connection to a city to be the tax collector is legally suspect and creates a tremendous amount of complexity for payroll withholding, she adds.

“Senate Bill 1127 and House Bill 4829 are government-imposed mandates on job providers in response to cities that complain they are losing revenue because they are ineffective at collections or due to taxpayer fraud,” says Amy Drumm, vice president of government affairs at the Michigan Retailers Association in Lansing. “Shifting their governmental responsibilities onto employers who otherwise have nothing to do with the city in question is simply unfair.”

Manufacturers also came out against the bills. “This legislation would impose an administrative nightmare on any employer who employs workers who live in cities with a city income tax,” said Delaney McKinley, director of human resource policy and membership development at the Michigan Manufacturers Association in Lansing. “What’s most concerning is that the job provider would be liable for the tax debt as well as penalties and interest, and enforcement actions and audits.”

The group says the bills, if enacted, would especially impact small businesses. “Many Michigan employers, particularly small business, do their payroll manually in-house; the complexity of complying with potentially 22 different city tax regimes would just be another regulatory headache that employers don’t deserve,” says Charles Owens, state director of the National Federation of Independent Business. “There is no way to improve this unfair legislation.”

Others say the measure could backfire. “If the state makes it so difficult for employers to hire city residents, they may look elsewhere for employees,” says Bob VanDeventer, president and CEO of the Saginaw County Chamber of Commerce. “There are many city residents who are eagerly looking for work and this legislation throws barriers in front of their opportunities.”

Senate Bill 1127 is now on floor of the Senate and House Bill 4829 is on the floor of the Michigan House. Either bill could be acted on in the remaining days of the 2016 legislative session. The Michigan Chamber of Commerce and others that appeared in Lansing on Monday are collectively calling on the Michigan Legislature to reject the bills. They also ask lawmakers to focus on productive legislation that does not result in damaging burdens placed on job providers.