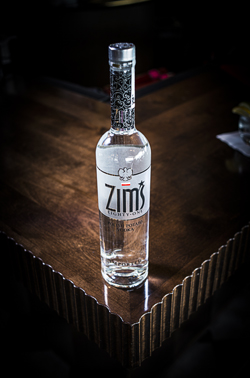 After just 10 months on the market, Zim’s Vodka — a registered trademark of the Rebel Spirits Group based in Warren — received top honors at a blind-tasting competition in London by a panel of spirits experts and trade journalists.

Distilled at a 250-year-old distillery in Poland, the vodka took home three awards during The Vodka Masters 2013 competition. In the “Smooth” category, Zim’s Eighty-One and Zim’s Fifty-Nine both won masters awards, the highest award in that category. Zim’s Eighty-One was also awarded a gold award, the second highest award, in the “Super Premium” category.

“This demonstrates how the industry is leaning more towards producing quality vodka,” noted Daisy Jones, associate publisher of The Spirits Business and organizer of the competition.

Zim’s is currently available at 300 retailers, bars, and restaurants throughout southeast Michigan. The vodka brand has also received several other awards, including a platinum award at the 2013 Spirits International Prestige Awards.

“When you compete internationally against world-class industry giants … and earn the highest award in your category, it’s a true reflection of the quality of the product,” says Terry Olson, founder of Zim’s Vodka, noting that competitors included Belvedere, Crystal Head, and Stolichnaya.

Olson adds that Zim’s is “more than just fancy bottles. We distill and filter the product to perfection using the three best ingredients: a filter system, Polish potatoes, and Polish water.”