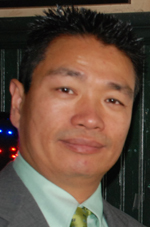 As Gov. Rick Snyder and the Michigan Economic Development Corp. touch down in the Middle Kingdom this week as part of a 10-day trade mission to China and Japan, Jerry Xu, president of the Detroit Chinese Business Association in Troy, was racing back from Shanghai to host a delegation of Chinese business and government leaders. During a phone interview Tuesday from Shanghai, Xu set the stage for more business opportunities between the two countries, including R&D and testing for unmanned aerial vehicles, or drones.

“We’re hosting around 30 Chinese officials at our golf outing on Sept. 23 at TPC Michigan (in Dearborn), where we will show off development opportunities,” says Xu, who returns from Shanghai today. “Whether it’s automotive executives, industry leaders, entrepreneurs, or government officials, we will tout all of the assets Michigan has to offer. It’s not a sprint, and it’s not a marathon, but our goal is to attract as much business (to Michigan) as possible.”

On Tuesday, SF Express, one of China’s largest delivery companies, announced it was testing drones that could deliver packages to rural areas. Depending on the size of the electric motor and the design, a drone could deliver a package as heavy as eight pounds at a distance of up to 30 miles (outside of severe weather conditions).

In Michigan, Detroit Aircraft Corp., located at the Coleman A. Young International Airport (formerly Detroit City Airport), has started selling drones for use inside large warehouses as well as outdoor applications limited to up to 400 feet. The company also is working with law enforcement agencies on safety protocols and indoor training exercises. By 2015, the Federal Aviation Administration is expected to issue rules for the use of commercial drones in U.S. airspace.

“We’re receiving orders from a variety of industries, and we continue to add features so that the UAVs can carry heavier payloads, travel further, and withstand more severe weather,” says Jon Rimanelli, chairman of Detroit Aircracft. “We’re also using drones to film race cars at Detroit City Airport (at times when one runway is inactive).”

Apart from drones, the Detroit Chinese Business Association will host Motor Metropolis on Sept. 24 to show off the region’s numerous business and tourism assets to the Chinese delegation. Other organizations are hosting similar opportunities.

On Sept. 25, the Detroit Regional Chamber will present the 2013 Michigan Automotive Summit at Cobo Center in Detroit. The all-day event, part of the MICHauto initiative, will bring together OEMs, suppliers, universities, government departments, and non-profit organizations to showcase the state’s R&D assets, skilled workforce, and development opportunities.

What’s more, Snyder on Tuesday announced the creation of an Automotive Industry Office and named Nigel J. Francis, a longtime industry executive, as the state’s automotive adviser. The office will work with the MEDC to attract more business to the state as well as better coordinate trade attraction opportunities.

On Oct. 16, the Asian Pacific American Chamber of Commerce in Troy will host the 2013 U.S.-China Automotive Die and Molding Industry Technology and Trade Conference at Laurel Manor in Livonia. More than 200 executives from a variety of industries will offer case studies and insight into the automotive sector and other industries.

“No one has the talent pool for engineering and manufacturing like we do, and we have great technological assets,” Xu says. “We have business people that are coming here to look at investment or acquisition opportunities as well as establish a tech center or a manufacturing operation. Tourism is another growth sector.”