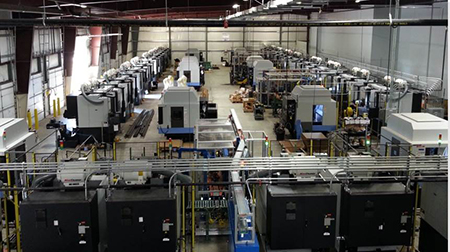 With Mexican industrial company Rassini’s brake business estimated to double its market share to nearly 30 percent by 2018, the company’s Mount Morris facility, near Flint, plans to double its footprint next month.

The company, which supplies General Motors Co., first opened the $17.3-million, 23,000-square-foot plant in 2013. On Dec. 1, however, Rassini will grow to 46,000 square feet as it takes over space previously used by The Flint Journal.

“We plan to leverage our Mount Morris operation as an option to provide capacity to Midwest OEM assembly locations,” says Maureen Hayes, Rassini’s vice president of sales and engineering. “We plan to review both current and future business to identify opportunities to optimize cost and provide benefit to our customers.”

Hayes says the building’s current capacity is 2.5 million brake rotors a year. It will be able to produce up to 4 million units after the expansion. “Future contracts will be incremental to doubling our business by 2018,” she says. “We will continue to grow our headcount and capital planning according to growth from new business contracts. “

From 2012 to 2013, sales from the company’s brake division increased 34 percent, although Hayes notes that the Mount Morris location had little impact on that increase considering the operation didn’t begin shipping until this year.

The company, which also designs and manufactures suspension components, operates an R&D center in Plymouth Township. The company expects to record $1 billion in sales by the end of this year.