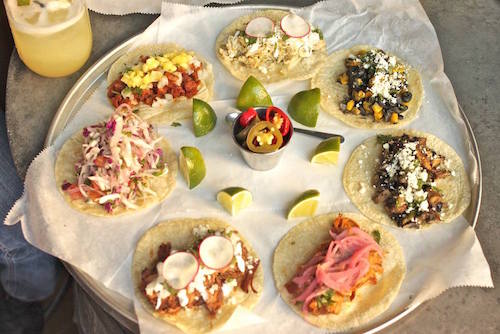 Bakersfield Taco, a Cincinnati-based Mexican street fare restaurant chain with a selection of more than 100 tequilas and American whiskeys, will open a new location in Detroit’s historic Brush Park neighborhood in February.

The restaurant, to be located on the first floor of 3100 Woodward Ave. — a space that was previously occupied by Ye Olde Butcher Shoppe — will offer a made-from-scratch, seasonal menu of aperitivos, ensaladas, tortas, tostadas, and tacos featuring fish, short rib, chicken, mole, and more.

Joe Lanni, cofounder of Thunderdome Restaurant Group, which owns Bakersfield Taco, says location-specific food and drink may be added to the menu, such as a Detroit taco or a Detroit margarita.

“It’s just a great place with a great atmosphere, we make everything from scratch right from the tortillas through the entire menu, and it’s (a concept) that’s resonating with customers in other Midwestern cities,” he says. “We have other locations and they’re all kind of in areas that are urban in nature, many of which are on the uptick. We really saw that in Detroit.”

The exterior of the restaurant will feature a 900-square-foot patio with an outdoor bar, while the the 4,000-square-foot interior will have finishes and lighting similar to other Bakersfield Taco locations as well as a custom mural specific to Detroit that incorporates graphics depicting the city’s history. Interior finishes will include stone, brick, wood, metal, and other urban materials.

The restaurant will also look to preserve elements of the building and partner with local artists to create one-off artwork for the space. To be open seven days a week, the restaurant has plans to hire up to 100 employees, including positions for the front of house, back of house, and bartending and management teams.

“Right now we’re focused on the (new) Bakersfield, and if that goes as well as we think it will, we’ll definitely be taking a look at brining some other restaurants to (Detroit),” Lanni says.

In addition to Bakersfield Taco, the Grey Ghost, a neighborhood steakhouse and cocktail bar, opened over the summer in the former Ye Olde Butcher Shoppe.