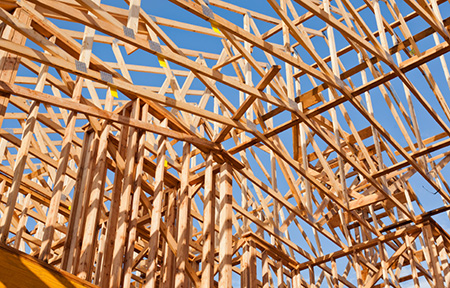 The number of single-family home building permits in Wayne, Oakland, Macomb, and St. Clair counties dropped 25 percent in September when compared to the same time the year before, the Home Builders Association of Southeastern Michigan reported today.

The downturn to 288 permits — which followed five consecutive months that exceeded the 400-permit threshold — was unexpected considering the association’s previous forecasts as well as feedback from area homebuilders, Michael Stoskopf says.

“From a forecast model perspective — and supported by long-term history — September and October generally remain relatively active as builders take advantage of moderate weather before heading into the winter months,” Stoskopf says. “Some HBA member builders have also recently commented that ‘energy’ from potential home buyers seemed to quickly dissipate once August ended.”

Despite the decrease, the overall value of last month’s average building permit was $266,146, up 11 percent from September 2013, Stoskopf says. “It would really be concerning if both the rates and values were going down, but the price is appreciating in the new home market. Price is appreciating in the existing home market. Those are positive things.”