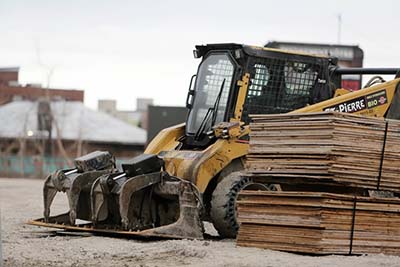 “I thought the summer construction season was over and then low and behold, fair weather kicked in and builders are building, especially out in Macomb County,” says Michael Stoskopf, CEO of the Home Builders Association, located in West Bloomfield Township.

Stoskopf says a total of 442 single-family permits were issued across metro Detroit in October, with Macomb County leading the way with 197 permits issued. He says last month was Macomb’s highest monthly permit total for the year as well as its highest total dating back to May 2014. Oakland County saw 148 single-family home permits issued in October.

Stoskopf says he predicts a total of nearly 2,500 single-family home permits will be issued over the next six months, an increase of more than 60 percent over the same period last year, which was low because metro Detroit “had a lot of cold weather and a lot of snow,” he says. Forecasters are predicting a mild winter this year, which he says will be a major factor in the number of permits issued.