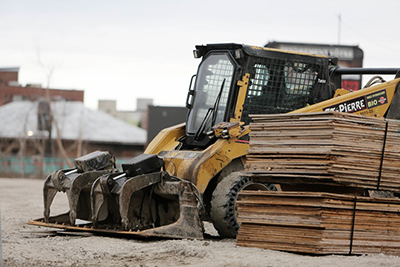 The monthly number of single-family home building permits in metro Detroit fell more than 20 percent in August compared with July 2015, and dropped more than 35 percent when compared to August 2014, says a new report from the Home Builders Association of Southeastern Michigan. The association is predicting an uptick in home construction over the next six months.

“August definitely marked the end of the summer construction season for new home activity in southeastern Michigan,” says Michael Stoskopf, CEO of the Home Builders Association. “It’s the first time since 2011 that permits failed to exceed a 400-permit threshold for the month of August.”

Stoskopf says August showed a slow down in activity compared to the previous years. He says 2015 will also mark the first time since 2012 where the 500-permit threshold failed to be reached in any single month.

Oakland County saw the most single-family home building permits issued at 190.  He says Macomb County issued about half of the number of permits it issued in August 2014, and failed to reach 100 permits in August.

Multi-family construction continued to rise in August with more than 90 permits issued. From a trailing 12-month total, multi-family permits reached more than 1,000, marking its highest point since July 2005.

“When you think about it from a long-term perspective, (builders are) building those (multi-family) units because there’s a demand,” Stoskopf says. “There’s kids that five years ago were living in their parents’ basements and are no longer doing that. They’re not buying a house yet but they’re living in an apartment and learning how to pay monthly rent. They are establishing that credit history that leads them into buying a new home, hopefully in the next five years or so.”

He says over the next six months, he projects a total of more than 2,000 single-family home building permits to be issued, an increase of about 30 percent when compared to the same period in 2014.