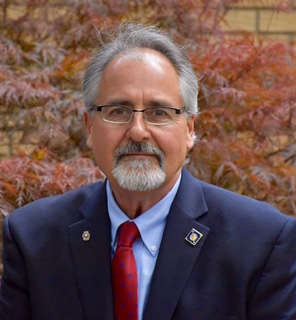 Larry Wright, a member of Rotary Club of Taylor, will be one of six rotarians from around the world to receive the organization’s 2016 Responsible Business award during Rotary Day at the United Nations next month.

Wright, who will be the only recipient from North America to receive the recognition, served as the governor of Rotary District 6400, which includes 48 clubs in Southeast Michigan and southwest Ontario, from July 1995 until June 1996 and its president from 1991 to 1992.  He is also the founding chair of Rotary’s micro loan program LaunchDetroit, which supports and develops entrepreneurs and small businesses in under-resourced communities in the Detroit area.

“Larry’s leadership as founding chair of LaunchDetroit has helped to generate international interest in a program that is serving as a model for other cities in the U.S., including Atlanta, Ga., Raleigh, N.C.; and Rotary Club of Southeast Chicago; and around the world,” says Sue Goldsen, governor of Rotary District 6400. “This award also brings a great deal of positive attention to what’s happening in Detroit and how Rotary volunteers are working to make an impact locally.”

Founded in 2013, LaunchDetroit gives micro loans of $1,000 to $2,500 towards assigned business mentors, networking opportunities, and 10 weeks of business training at no cost through Baker College of Allen Park.

Rotary Day, to be held on Nov. 12, was created to celebrate humanitarian programs and initiatives that Rotary and the U.N. lead around the world.

Rotary is a local and international organization that works to bring together a global network of volunteer leaders dedicated to tackling humanitarian challenges. Founded in 1905, the organization connects 1.2 million members of more than 35,000 Rotary clubs in over 200 countries and geographical areas.