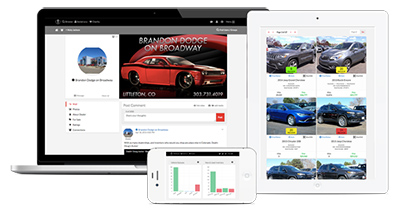 Metro Detroit-native Bryan Harmon has launched Car Lister, an app that connects dealerships and consumers to simplify the car buying and selling process. Car Lister has partnered with more than 20 Michigan dealerships, and plans to eventually add more than 300 dealers across the nation.

“The auto industry really hasn’t had much change over the way they’ve done business online,” says Harmon, co-founder and CEO. “Car Lister streamlines the online buying process substantially for the user and we focus on mobile first — we were designed by millennials.”

Harmon, who now lives in Naples, Fla., says in the process of designing the app, which was launched last fall, he listened to both dealers and consumers. He says one of the major concerns consumers voiced is that they didn’t want to give out their phone numbers and receive calls from dealerships.

“We offer built-in instant messaging so you can communicate back and forth with the dealership and you can also upload images to instant messaging,” Harmon says. “If you ask a question about a car, (the dealers) can also respond to you with a video answer.”

The app offers the ability for private sellers to upload and list vehicles for sale.  Consumers can enter a “valet service ticket” with information about the make, model, and year of the car they want, and if a seller enters that specific car, both the consumer and seller will receive a notification.

He says Car Lister also has a full social application that allows consumers to create their own car group and profile. They can select from two to five cars and share it with friends on Facebook and Twitter and get real-time surveys. Dealerships can also offer discounts for cars and services on the platform.

“(The app) tries to keep the dealership effortlessly connected to the consumer after they buy a car,” Harmon says.