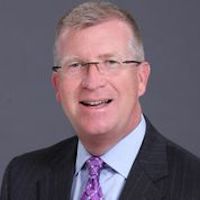 Mason was unanimously approved for the position two weeks after Gov. Rick Snyder recommended him to oversee the MEDC, the state’s marketing and business attraction arm. The MEDC is responsible for overseeing the administration of grants and other incentives approved by the Michigan Strategy Fund (MSF) board with the goal of encouraging businesses to locate and expand in Michigan.

“Michigan has taken great strides to create a business-friendly climate built on a strong foundation of low taxes, reduced regulation, fiscal stability, and timely incentives,” says Mason. “Key to our continued growth is ongoing support for communities of all sizes around the state, and the ongoing development of the talent pipeline.”

“Jeff has a breadth of experience and knowledge about the driving forces and innovation reshaping Michigan’s economy,” says Snyder. “He is a proven leader distinguished by an inclusive, collaborative approach. On many levels, Jeff is a natural choice as MEDC CEO because of his grasp of public-sector policies, private-sector realities, and first-hand work with the state’s leading research institutions.”

Snyder also named Mason as president and chairman of the MSF, effective immediately. The MSF’s next board meeting will be held July 25.

“Jeff has all the qualities you’d want in a president and CEO of the MEDC — integrity, a deep understanding of how economic development works, and great leadership skills,” says Doug Rothwell, executive committee chair of MEDC. “The executive committee has great confidence in this appointment.”