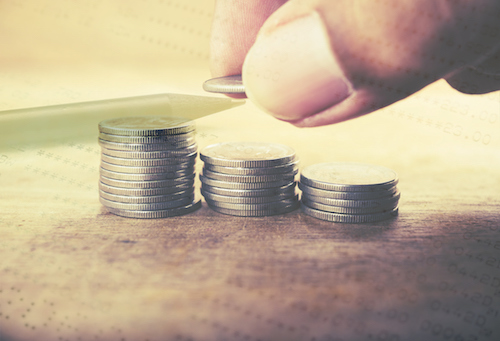 Four business expansions and one community revitalization project that are projected to generate more than $40.8 million in total investment and create 272 jobs today were approved by the Michigan Strategic Fund, the Michigan Economic Development Corp. announced.

“Today’s MSF actions will lead to new business growth, revitalized communities, and more and better jobs for our residents,” says Steve Arwood, MEDC CEO. “These investments demonstrate the strength of Michigan’s economy and the success of our strategy to help companies grow and add jobs here.”

West-Michigan-based NVINT Services, founded in 2009 as a provider of IT infrastructure and network solutions to businesses throughout the Midwest, plans to grow its workforce and expand operations in the Grand Rapids area. NVINT Services will invest $364,000 and create 26 jobs within the next three years, with The Right Place’s staff time and resources supporting the project.

PJ Wallbank Springs, Inc., founded 30 years ago in Port Huron, is a design and manufacturer of spring packs for automatic transmissions. The engineering company plans to expand an existing facility in Port Huron, investing $803,000 and creating 63 jobs. PJWS has been awarded a $350,000 Michigan Business Development Program performance-based grant to use towards training and employee recruitment, and Port Huron has offered to support the project via property tax abatement.  PJWS was chosen for this distinction over competing sites in Germany and China.

SW North America, Inc. specializes in providing high quality, high performance horizontal CNC machines, as well as complete manufacturing systems to a variety of industries. The company will be transferring technology for its parent, Schwaebische Werkzuegmaschinen in Germany, to a new technical center in the U.S. to support the growing North American market. The company plans to invest more than $10 million to establish its first North American headquarters in Lyon Township, creating 50 jobs within three years. The project has been awarded a $400,000 MBDP performance-based grant, after Michigan was selected over sites in Ohio and South Carolina. Lyon Township will also offer property tax abatement to support the project.

UACJ Automotive Whitehall Industries, Inc. has been a manufacturer of extruded aluminum components for automotive, structural, sunroof, and other new design applications, including electric vehicles. Due to increased demand, Whitehall plans to expand its existing fabrication and extrusion facility and construct a new, 110,00-sqaure-foot manufacturing plant in Mason County (north of Muskegon). The project is expected to generate more than $28.8 million and create 128 jobs in three years.

The community improvement project will take place in Chelsea, after the city was awarded $525,000 in Community Development Block Grant funds for the Mack Building Rehabilitation project on Jackson Street. The project includes the revitalization and repurposing of a vacant, historic building into a fully-occupied downtown development with residential and commercial space. The project is expected to generate private investment of $792,763, and the city of Chelsea will contribute $200,000 over a five-year term. The project is expected to reactivate a long-vacant building into viable space, improving the downtown experience and bringing additional economic activity to the area.