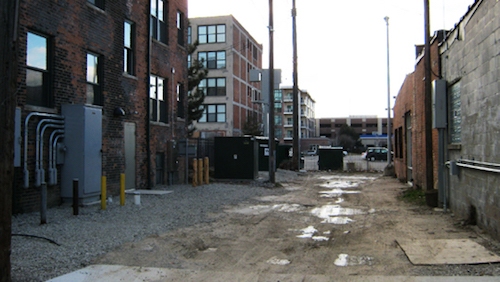 The $32 million project will create 84 new apartments in nearly an acre of vacant space, and 25 percent of the apartments will be set aside as affordable housing for those making between 50-80 percent of the area median income. The project will also include 7,000 square feet of commercial space, a 3,000 square foot parking garage for residents and the public, and green alleyways.

Freelon will also collaborate with Michael Poris of Detroit-based firm McIntosh Porish Associates, who is known for preserving and restoring Detroit’s historic buildings, including the Park Shelton, former Detroit Fire Department Headquarters, and the Garden and Madison Theatre buildings.

“This development is part of our larger strategy for Detroit. This project will add affordable homes in the heart of Midtown, ensuring that Detroiters of all income levels can live anywhere in the city, even sought after areas like this,” says Mayor Duggan. “I’m proud of our partnership with this world-class team that has been chosen for this project.”

Sale of the land will go before City Council approval later this year. The developer will purchase .79 acres of vacant land from the city for $400,000, pending council approval. The project is expected to break ground in Sept. 2018.