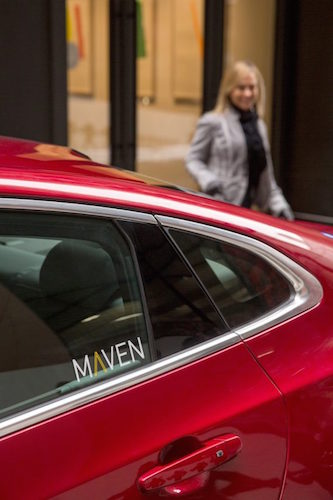 General Motors Co.’s car-sharing service, Maven, has expanded its metro Detroit presence with the launch of new locations in downtown Detroit and at the Detroit Metro Airport in Romulus.

The service, which allows users to sign up at no cost and use their smartphones to locate, reserve, and unlock vehicles starting at $7 an hour, is now offering the service of Chevrolet vehicles at the Beaubien Place Garage in Detroit, located at 521 Atwater St., and at Qwik Park, located at 7782 Merriman Rd. in Romulus.

“One thing that kept coming up was the idea of having spaces at (Detroit) Metro Airport and also having some key touch points both in the city of Detroit and then areas around metro Detroit,” says Bob Tiderington, senior manager of vehicle sharing at GM. “We decided to put vehicles in those spaces quite simply because our members told us that they were interested in those kind of locations.”

As part of its service, Maven also offers one-way car sharing, which allows customers to pick up a car at one location and drop it off at another. The company is the only car-sharing service in Michigan to offer one-way service.

Maven, which launched in January, began by offering its services to more than 100,000 people in Ann Arbor. The company, which has more than 5,000 members across its different markets, offers services in southeast Michigan, Boston, Chicago, and Washington, D.C.