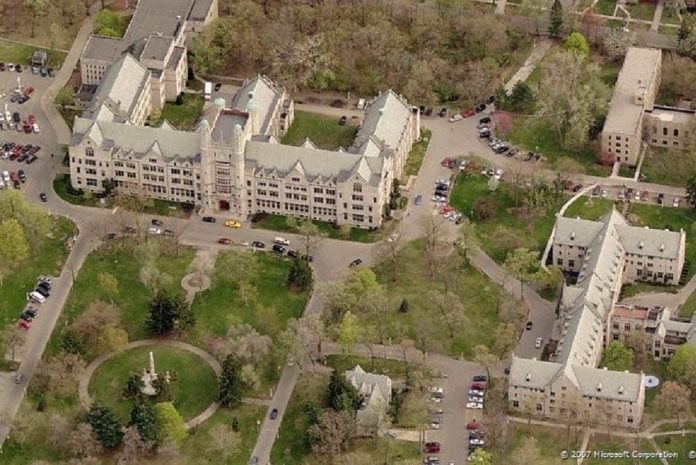 The Kresge Foundation in Troy today announced it has invested $16 million over the last two years to stabilize and preserve Marygrove College and its campus in northwest Detroit. Over the last few years, Marygrove has faced significant financial and operational challenges.

The foundation’s grant and social investment funds have been deployed in a variety of ways since February 2016, including the elimination of an unsustainable undergraduate degree program and transitioning Marygrove to a graduate-level institution. Other initiatives included:

Burns indicated that the college would be out of cash within weeks and was facing an anticipated $5 million shortfall for the calendar year despite an emergency loan made in May 2015 to the college from its founders, the Sisters, Servants of the Immaculate Heart of Mary (IHM), to avoid a similar liquidity crisis.

Burns sought $5 million in immediate support as part of a broader $15 million, multiyear Recovery and Sustainability fundraising campaign to stabilize the college. Several factors contributed to the college’s financial situation, including:

Marygrove was not an outlier. Across the nation, the independent higher education sector was, and remains, in crisis mode. During the past decade, dozens of private liberal arts colleges have faced financial issues due to plummeting enrollment and weak endowments, causing them to close or pursue mergers.

“Our meeting made clear that Kresge had to respond, and rapidly,” says Rapson.

The importance of Marygrove to its immediate neighborhoods, city and, region was obvious in several dimensions:

Today, Marygrove, with Kresge’s support, has satisfied or restructured its most pressing debts. Between February 2016 and February 2018, Kresge’s total commitments to help stabilize and transition the college total $16 million.

Marygrove is in the midst of further developing its online graduate education programs and is actively recruiting to boost enrollment and achieve sustainability. Currently, in its first semester as a graduate-only college, enrollment has climbed to 436 students pursing advanced degrees, professional development and certifications in several education specialties has been growing, as has advanced degrees in social justice and human resource management.

The 53-acre campus is being transferred to a new body, the Marygrove Conservancy, chaired by Sister Jane Herb of the IHM. The conservancy will manage campus operations and steward the campus as a resource for high-quality uses in the community. Inaugural board members include neighborhood leaders such as University of Detroit Mercy President Antoine Garibaldi and Marygrove President Emeritus Glenda Price.

With the campus held by the conservancy, the college will be a tenant on a long-term lease at a cost of $1 per year. (The college previously was a tenant to the IHM Sisters during its first 70-plus years on the campus, then purchased the campus facilities in 2009, which were subsequently mortgaged to a lender.)

In turn, Kresge, Marygrove, the IHM Sisters, and the conservancy are exploring the possibility of a consortium of educational institutions coming together to create a campus comprising a continuum of educational opportunities — from pre-school to K-12 to post-secondary to graduate.

Examples of this kind of P-20 campus exist around the country, but are relatively few. These consortiums typically coordinate classroom education with wrap-around services and intensive community-based engagement and programming. One example of this approach is the Penn Alexander School in Philadelphia.

The Marygrove Conservancy, Kresge, and other partners are developing a robust process to engage the surrounding community on the future development of the campus and enlist additional private, public, and nonprofit partners.

“Revitalization on this campus must, and will, be accomplished with broad and deep engagement from community residents, civic organizations, and businesses. Marygrove is part and parcel of the Live6 neighborhood — through its history, its ongoing renewal efforts and its aspirations for the future. Every dimension of community life will be shaped by the activities on the campus. We all have a stake in its success,” says Rapson.