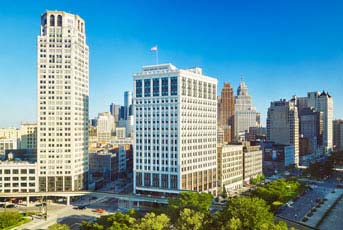 Marriott International Inc. today entered into an agreement to acquire Starwood Hotels and Resorts Worldwide Inc., with brands such as Westin, Aloft, and W for more than $12 billion. Combined, Marriott will operate or franchise more than 5,500 hotels.

“The driving force behind this transaction is growth,” says Arne Sorenson, president and CEO of Marriott International. “This is an opportunity to create value by combining the distribution and strengths of Marriott and Starwood, enhancing our competitiveness in a quickly evolving marketplace. This greater scale should offer a wider choice of brands to consumers, improve economics to owners and franchisees, increase unit growth, and enhance long-term value to shareholders.”

Starwood Hotels has nearly 1,300 properties in about 100 countries with brands such as the St. Regis, W, Westin, Le Meridien, Sheraton, and Aloft, among others.

In metro Detroit, hotel expert Chuck Skelton, president of Hospitality Advisors Inc. in Ann Arbor, says the acquisition may not have a significant effect because both companies have saturated the market.

“It’s a way for (Marriott) to expand without building more hotels,” Skelton says. “I don’t think it’ll have a significant effect on Detroit — both of those companies are well represented. It just gives Marriott a bigger footprint.”

He says it’ll be interesting to see if Marriott rebrands Starwood hotels under its name, especially in markets like metro Detroit where there are many Marriott and Starwood hotels.