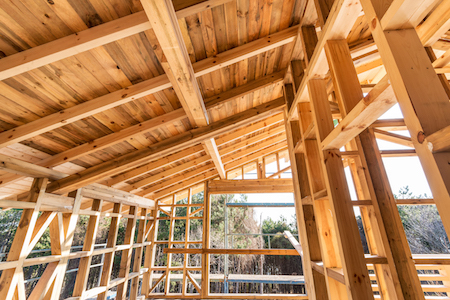 Based on residential permit data compiled by the Home Builders Association of Southeastern Michigan (HBA) in Farmington Hills, a total of 1,163 home permits were issued in Macomb, Oakland, St. Clair, and Wayne counties in the first quarter. The amount marks the highest first quarter start for new home permits in the four-county area since 2006, which was 1,771.

HBA officials attribute the increase in new home permit activity to sustained growth in the number of people employed and the slowing number of homes for sale in the current real estate market.

According to data from the U.S. Bureau of Labor Standards, an average of 1.8 million people in southeastern Michigan are employed, the highest level since Sept. 2008, an increase of nearly 200,000 more than the low point reached in Aug. 2011 in the four-county region.

Based on their econometric model, HBA is forecasting a total of 2,839 single-family permits to be issued between now and September, which will continue to position 2017 as the best year for home construction since 2006.