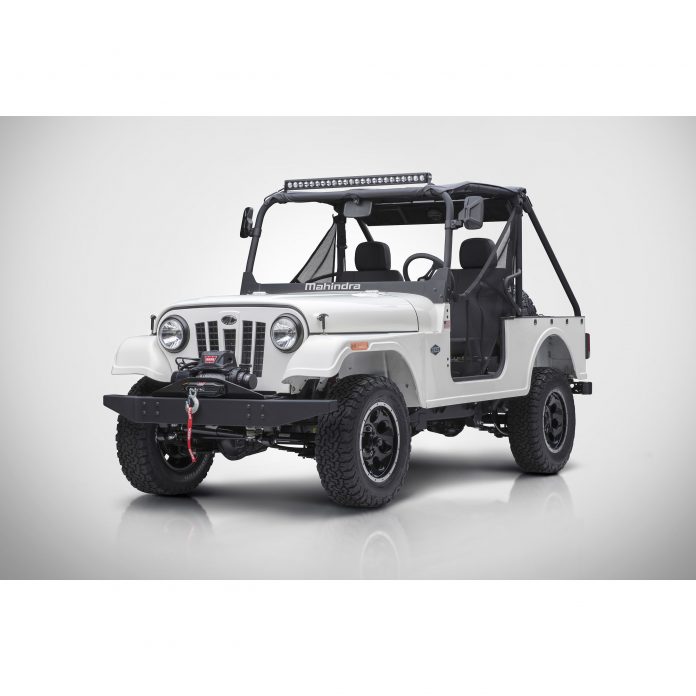 India-based Mahindra, which operates its North America headquarters and manufacturing facility in Auburn Hills, today revealed ROXOR, a new, off-road vehicle that features a steel body and frame, a four-cylinder engine, and 5-speed transmission. Pricing and the timing of consumer sales will be announced in the coming weeks.

“Mahindra’s 70-year automotive history has been forged by making authentic, rugged, purpose-driven vehicles; ROXOR is the embodiment of this history and our brand,” says Pawan Goenka, managing director of Mahindra.

“The ROXOR creates a new sub-segment in the side-by-side industry, and the response we’re getting from our newly appointed dealer body has been really outstanding,” says Rick Haas, president and CEO of Mahindra North America Automotive. “We have a national dealer meeting scheduled on March 18-20 in San Antonio, where we’ll sit down and discuss the rollout and future product offerings.

“We’re approaching our goal of 300 “1st wave” dealers, and expect that we’ll reach this target between now and the end of the show.”

ROXOR was conceived, designed, engineered, and is being produced in metro Detroit by Mahindra Automotive North America. MANA is part of the $19 billion Mahindra Group in India. The company recently opened its North American Automotive headquarters and manufacturing center in Auburn Hills.

MANA’s new operation is the central component of a 400,000 square foot (spanning 3 facilities) footprint. The company states it is the first OEM manufacturing/assembly facility to open operations in southeast Michigan in over 25 years.

Headquartered in India, Mahindra employs more than 240,000 people across 100 countries.