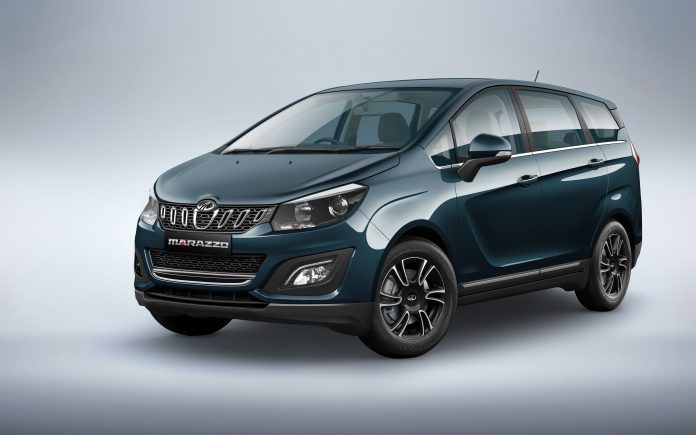 Auburn Hills’ Mahindra Automotive North America Wednesday announced the release of the Marazzo, its new multi-purpose vehicle. The Marazzo is the first on-road vehicle to stem from the Mahindra Group’s 2013 decision to set up an automotive operation in metro Detroit.

“We pulled together a team with deep global expertise from around the world and from a variety of world class engineering organizations,” says Rick Haas, president and CEO of Mahindra Automotive North America. “This group, working closely with our engineering and manufacturing organization in India, has produced a vehicle that raises the bar for Mahindra and sets the stage for future vehicles.”

Marazzo has front-wheel drive and is designed to withstand India’s toughest rural roads (Mahindra is based in Chennai, India). It is suited to road conditions in developing markets and outfitted with a high-strength steel occupant protection structure. It also has a cabin-forward packaging approach designed to optimize passenger comfort, as well as a patented second- and third-row air distribution system. The Marazzo is on sale in India.

“We started an experiment with seven engineers in Troy, Michigan back in 2013,” says Rajan Wadhera, president, automotive sector. “To see what this operation has grown into – a full-fledged OEM – is a credit to the entire MANA team. The Marazzo is but the first in a new generation of vehicles that will follow.”

First established in Troy as Mahindra North American Technical Center, the operation has since moved to Auburn Hills, where vehicles are designed, engineered, and tested. Mahindra Automotive North America employs more than 400 people and became the first OEM to launch a manufacturing operation in southeast Michigan in more than 25 years when it began producing the ROXOR off-road vehicle earlier this year.

The Mahindra Group, the parent company of Mahindra Automotive North America, is a $20-billion federation of companies headquartered in India.