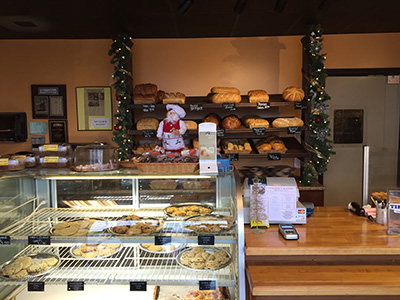 Natalie’s Bakery in Madison Heights, whose products are now sold at Kroger stores once owned by Hiller’s Markets, plans to expand by opening up a second storefront in metro Detroit by the end of next year.

The baked goods are sold in six converted Hiller’s Markets, with locations in West Bloomfield Township, Commerce Township, and Plymouth Township, among others. Other stores with his products include Holiday Market in Royal Oak, Western Market in Ferndale, and four Plum Market stores, among others.

â€‹Karroca says he’s looking for a location for a second storefront in Detroit, Ferndale, Birmingham, or Novi.

“It has been quite the journey from training in Italy for years and coming here to open my own place,” Karroca says.

He says Natalie’s Bakery, which opened in 2010, saw business growth of 15 percent in 2014 when compared year over year, and its predicted to be up by nearly 20 for this year.