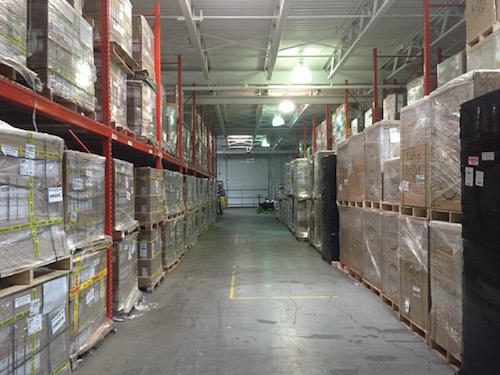 Macprofessionals Inc., a company that offers Apple platform support, technology consulting, imaging and deployment, and technology device repair services, has moved its headquarters to a new facility in Farmington Hills from Novi.

The new headquarters, located at 23231 Industrial Park Dr., will feature a redesigned configuration center that supports production of up to 400 computers or tablets every 20 minutes, and an expanded 40,000-square-foot climate-controlled warehouse with storage of up to 800 pallets of product.

The company has also doubled its industrial laser engraving capacity with the installation of a second high-capacity engraver that can be used to engrave logos and text on computers, tablets, phones, and cases.

“We’ve handled some of the largest endpoint deployments in the U.S., but this move allows us to scale further,” says Dean Norton, CTO at Macprofessionals. “We will be able to handle the largest engagements, and run more projects simultaneously.”

The facility also will feature shared spaces for technical, sales, and project management staff, which Norton says will allow team members to work together more collaboratively and effectively.

The new headquarters is Macprofessional’s second facility in Farmington Hills. The company, which has three locations in Michigan, recently opened a boutique technology retail and repair location in Petoskey.