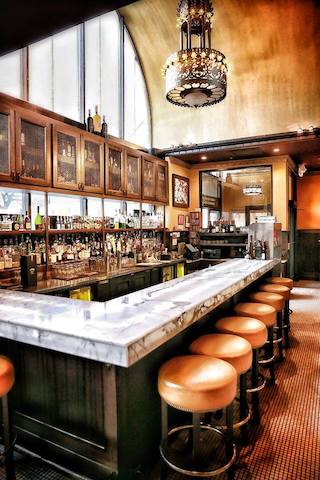 With a name inspired by a far-eastern trading company, a new theme, menu, and atmosphere will be coming to Midtown as Maccabees Restaurant prepares to re-launch as Maccabees Traders on March 6. While the restaurant will remain at 5057 Woodward Ave., it will feature a new, Asian-inspired menu with “Detroit twists,” following changes in ownership and a new executive chef.

New co-owner and operating partner David Kraus will be returning to southeast Michigan to oversee the direction of the new Maccabees Traders. Kraus has extensive experience in the restaurant and bar industry, including management and consulting for nationally recognized restaurants in Chicago and Los Angeles.

Kraus enlisted Chicago native Rafael Esparaza to serve as executive chef, whose passion for Asian-influenced cuisine is reflected in the new menu. His past experience includes chef-driven restaurants such as Chicago’s Momotaro, Yusho, and Kimski as well as Los Angeles’ Shibumi, where he and Kraus met and worked together during its opening in 2016.

“Detroit’s culinary scene has catapulted to the national stage as a dining destination, so to return at such an exciting time and build on that momentum by introducing Maccabees Traders in the heart of the city is rewarding,” says Kraus. “Our primary goal in developing the concept was to maintain a degree of continuity in respect to the space while elevating the menu’s offerings to combine Asian cuisine with the soul of Detroit to offer an approachable and memorable dining experience.”

Information about Maccabees Traders’ hours and promotions can be found here.