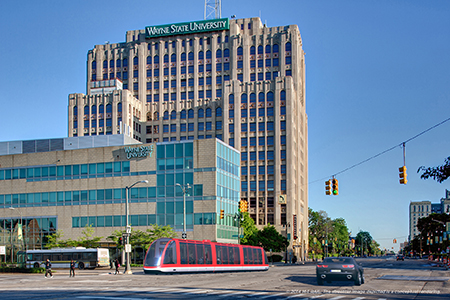 The final piece of the 2014 funding for M-1 Rail line has been completed, with agreements finalized for the second phase of an approximately $40 million in New Market Tax Credits financing.

The deal marks the first time New Market Tax Credits have been used to fund a public transportation initiative. Congress established the credit program in 2000 to spur new or increased investments into operating businesses and real estate projects located in low-income communities.

“We have received unprecedented support from our partners, donors, and the community,” says Jenilyn Norman, CFO for M-1 Rail. “This project is the standard for what (New Market Tax Credits) are meant to support, providing a catalyst for growth, inclusion, and access for community residents who need good jobs and dependable public transportation.”

Construction began in July on the M-1 Rail line that will stretch along 3.3 miles down Woodward Avenue between Larned Street and West Grand Boulevard and is expected to be operational around the end of 2016, shortly before a massive Detroit Red Wings arena and entertainment district along its route will open. Along the route, there will be 20 different stations serving 12 stops, with most of the stations being on either side of Woodward, but some in the center of the street.

“There is an economic recovery underway in Detroit, and a first-class public transportation system, beginning with M-1 Rail, will accelerate the progress the city is making in attracting new businesses and residents to the Woodward corridor,” says Aaron Seybert, vice president of Community Development Banking, JPMorgan Chase. He says this is the largest NMTC deal Chase has closed since 2012.