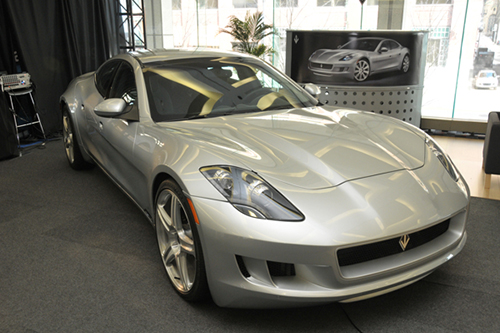 “This merger will enable WMGTA to ramp up production of the Destino luxury sports sedan while strengthening WMGTA’s electric vehicle division,” says Villarreal, who will serve as the manufacturer’s co-president and COO.

The Destino, unveiled at the 2013 North American International Auto Show in Detroit, is based on the Fisker Karma and uses GM’s 6.2-liter supercharged LS9 V8 engine. Earlier this year, Lutz said VL Automotive had received hundreds of inquiries and orders from customers and dealers in the U.S., Europe, the Middle East, and Asia.

“Leveraging more than a half-century of combined experience in the automotive industry by its founders, VL Automotive has produced a world-class luxury sedan in record time,” says Charles Wang, president and CEO of WMGTA. “We see great synergies between the two companies and we are extremely excited for the merger to be complete. I believe that this merger will enable WMGTA to take a leap forward in engineering capability, product development, and manufacturing standards, as well as production capacity.”