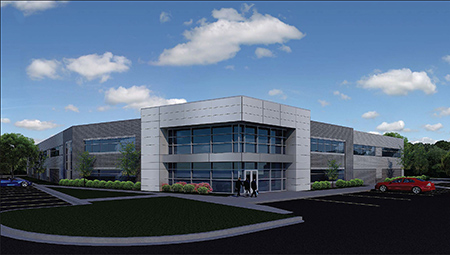 Southfield-based Lee and Associates President Jon Savoy is seeing a major boom in spec development in the office/industrial market across metro Detroit.

“Last year, we delivered four buildings that were speculative in nature,” Savoy says. “We have three properties (available for lease or sale) right now, and we have two in the planning stages.

“We have a tremendous shortage of quality industrial property in Detroit,” he adds. “Our vacancy rate has been hovering around 8 percent, but if you eliminate the product that is functionally obsolete or environmentally impaired, the real vacancy rate is probably closer to 5 or 6 percent.”

Savoy says the company — working with Dembs Development in Novi and General Development Corp. in Southfield — will break ground on a 52,000 square-foot-industrial building on 12 Mile in Novi within the next 45 days.

“Anybody that’s doing anything with automotive has to have their research and development center here in the Detroit market. Period,” Savoy says. “So what we’re really building are what we call high-tech, R&D headquarter facilities. Our primary targets are the international companies.”

Last year, the company delivered a 50,000-squre-foot building in Novi to Fujitsu Ten, which is headquartered in Japan; and a 168,000-square-foot Auburn Hills facility to England-based GKN.

Several of the buildings Savoy has brokered were developed by Amson Dembs, which he says offers a building concept that appeals to international companies. He describes the design as a hybrid of a traditional office building and a heavy industrial structure.

“When you drive up, there’s plenty of parking and a beautiful office building, but it still has all of the trucking, high ceiling, and modern amenities in the back,” says Savoy. If needed, clients can add a second office floor.

Savoy says he started seeing demand for spec facilities build up about 24 months ago, a trend he expects to continue for the next year or two at least.