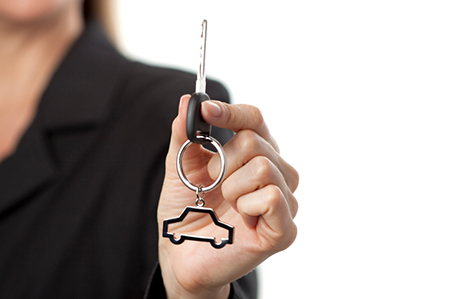 Sixteen percent of consumers in the Midwest region say they will definitely buy a vehicle this year, a big jump from 2014, when only 6 percent of respondents expressed a definite intent to purchase a car or truck, says an annual study from Huntington Bank.

“It’s still a great time to buy,” says Rich Porrello, finance director of Huntington Auto. “Consumers are benefitting from low interest rates, high trade-in values, and a wide range of manufacturer incentives. Add to that enthusiasm for an outstanding 2015 model year, falling gas prices, and the ongoing economic recovery, and we’ll continue to see strong buyer demand throughout the year.”

In comparison to consumers with definite plans to purchase a car last year, the 2015 Midwest Economic Index projected increases of 9 percent in Michigan, 13 percent in West Virginia, 12 percent in Pennsylvania, 11 percent in Indiana, and 8 percent in Ohio.

The automotive industry has now experienced five consecutive years of growth and is poised for a sixth year of gains due to increased consumer optimism about the U.S. economy, says Porrello, citing an IHS Automotive study showing that the average vehicle on American roads is more than 11 years old.

The survey also found other signs of improved consumer sentiment, with 56 percent of respondents saying they are better off financially today than they were five years ago. Likewise, nearly half of respondents plan to complete home renovations in 2015, up from 34 percent the year prior.

“The survey confirms the recovery we are seeing in our local markets as unemployment rates and, more recently, gas prices decrease,” says George Mokrzan, Huntington’s director of economics. “We anticipate that unemployment rates will continue to fall further in these states through 2015.”

IN RELATED NEWS, Huntington Bank announced this week it will open 43 new full-service Michigan branches inside Meijer stores in 2015.  The in-store branches will offer customers the same products and services available in traditional Huntington branches.

The expansion will add more than 20 new Huntington locations in metro Detroit, including a new location in Detroit on Grand River Avenue opening this summer. What’s more, with the added locations, Huntington will offer the second-highest number of branches of any bank operating in Michigan.

With the addition of 43 new Meijer in-store Huntington locations in Michigan, Huntington will have a total of 84 Michigan in-store full-service branches. In total, Huntington is on track to operate more than 220 locations within Michigan by the end of 2015.

“This aligns with our strategy to deliver more convenience to our customers and will rank the bank’s branch network No. 2 in the state, according to FDIC data,” says Brent Wilder, a Huntington vice president and associate director of public relations. “Part of our ongoing commitment to growth in Michigan has been expansion into new markets statewide, and our acceleration into Meijer supports that goal.”