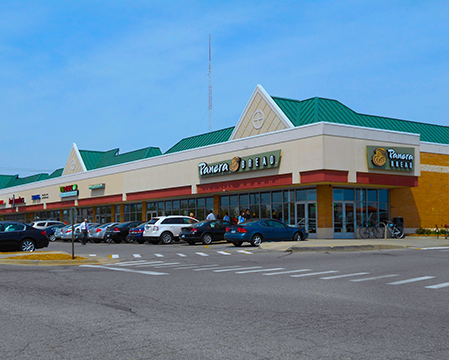 “Fairplain is perfectly located and really is the cornerstone for this market. We are excited to begin improvements in the Plaza … (and) we’ll introduce fresh, new retail concepts to the greater (Benton Harbor) community,” says Andrew Luckoff, a Lormax Stern executive. “We plan to build Fairplain up to its full potential.”

“Western Michigan is a strong growth sector for us. We see such potential here and we’re thrilled to be part of the retail community in this region. We have been eager to get (more) involved in Benton Harbor, and Fairplain Plaza provided the perfect opportunity for us to do so. We have exciting plans for the plaza,” says Richard Kerwin, who led the acquisition with Lormax Stern.

Lormax Stern has specialized in shopping center development for more than 30 years and has actively developed some 30 million square feet of retail space to date. The company currently owns and operates more than 30 retail centers in Michigan, Illinois, Florida, Kentucky, and Mississippi.