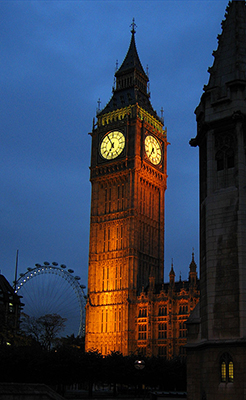 Plymouth-based Genesis Genetics, a medical firm that performs preimplantation screenings of embryos for chromosomal abnormalities, has opened a clinical and research laboratory in London.

“It is essential that we are shoulder-to-shoulder with top-fight British scientists who are within walking distance of the leading hospitals and clinics of the city,” says CEO Mark Hughes. “We are excited for Genesis Genetics to be at the very core of U.K. life science research and medical care.”

The facility — the company’s ninth location worldwide — uses advanced technologies to test in vitro fertilization embryos and noninvasive prenatal testing of maternal blood during pregnancy. Scientists and physicians at the London facility, called the Bioscience Innovation Centre, will also look to develop ways to adapt their discoveries into practical applications for patients, Hughes says.

“With the nature of our diagnostic work, there is value in being close to the clinics that need our services,” says Dr. Tony Gordon, managing director of the company’s U.K. operations. “Due to the high quantity of the U.K.’s private clinical in vitro fertilization (IVF) treatment cycles occurring in London, it was time to have a presence there.”

Genesis Genetics — which also has laboratories in Argentina, Brazil, Jordan, South Africa, and Taiwan — has had an active clinical presence in Nottingham, England for nearly a decade.

IN OTHER BIOTECH NEWS, Keego Harbor-based Health Enhancement Products announced Monday that it is making progress in developing a dietary supplement for joint health problems in dogs and has potential for human application in the near future.

“We’re pleased with the progress we’re making, and have already begun the fine-tuning of dietary supplement end-points in the follow-up study,” says Dr. Amy Steffek, director of research and development. “The validation package we’re assembling will provide brand-name marketers with solid scientific backup to stated claims and results.”