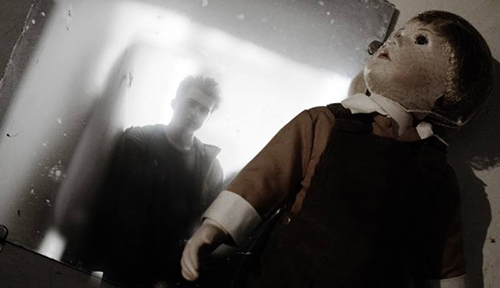 Detroit-based SOS Productions and Novi-based Digitelio Film Development are teaming up to offer a one-stop shop for independent film production in Detroit and Chicago.

Called Troika Management, the firm will focus on the production, development, and financing of auteur-driven film and TV projects.

“We love L.A., but our hearts are in the Midwest,” says Luke Jaden, co-founder of the new venture. “We want to show people that you can make it in the industry and truly bring cinema to life (from) Detroit and Chicago. So, we’re going to be building relationships here, using the crews and talent here.”

Jaden says Troika will also work with Detroit-based Dado Records to promote musical artists and connect them with filmmakers for projects including compositions for film, television, book trailers, videos games, and commercials.

“As a young company, Dado is very excited to be working with Troika. As the main goal of the label is to cultivate music for film and TV,” says John Beltran, owner of Dado Records and president of Troika’s music management division. “We are honored to be a music source for talented filmmakers trying to capture and discover new stories to tell.”

In addition to working on their own in-house projects, Jaden and business partner Cort Johns will help finance and produce outside projects.

“It really depends on the project,” Jaden says. “If there’s already a script and we like it, we’ll produce it and find everything and everybody we need to make the picture happen. It it’s just a (novel or idea), we’ll adapt it, or we’ll find a writer that we truly believe in to adapt the story into a screenplay and then we’ll take it to the next level from there.

“We’re very much about the collaborative process and creating a force of nature.”

The firm’s first project — a horror-thriller called Not Well — is in post-production at Beast in Royal Oak, with Co. 3 handling the color correction. Once the film is completed, the team will begin submitting it through the film festival circuit, Jaden says.

Additionally, Troika’s staff is in pre-production for an unnamed dystopian-thriller, that will begin shooting in Detroit this December.

“It’s supposed to be a brutal winter — when you can see your breath and nobody will be on the street — which is great considering this fantasy world (we’re taking viewers) to,” Jaden says.