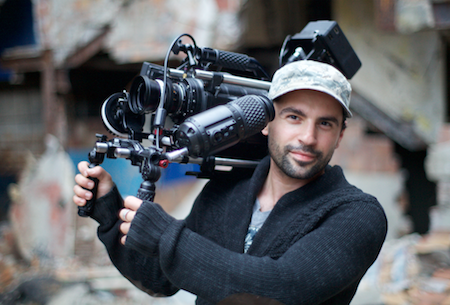 Sam Logan Khaleghi, an Emmy-nominated filmmaker, today announced production will begin on a film about Detroit urban legend Nain Rouge at the end of the summer. The film will be submitted to film festivals worldwide prior to a full theatrical run of engagement through Troy-based Emagine Entertainment.”

“I am excited to work with our creative team to articulate our modern-day story, which is centered by character archetypes of such antiquity and mythology,” says Khaleghi, who will direct the film. “It’s going to be a real cinematic event to launch with a legend that hasn’t been brought to the silver screen like this before.”

“The Untitled Nain Rougue Project” is a film based on an original co-writing endeavor from Khaleghi and Aaron Russman. Khaleghi calls the film a “dark but patient character driven detective story,” similar to Se7en and Hell or High Water.

This will be Khaleghi’s second time directing a feature film, having made his directorial debut with Approaching Midnight in 2013. The film was initially acquired by Lionsgate Home Entertainment and also distributed nationwide by Monterey Media.

Khaleghi has also been on screen as an actor, with a credited appearance in “Batman Vs. Superman: Dawn of Justice,” and has television producing credits including MTV and A&E networks.