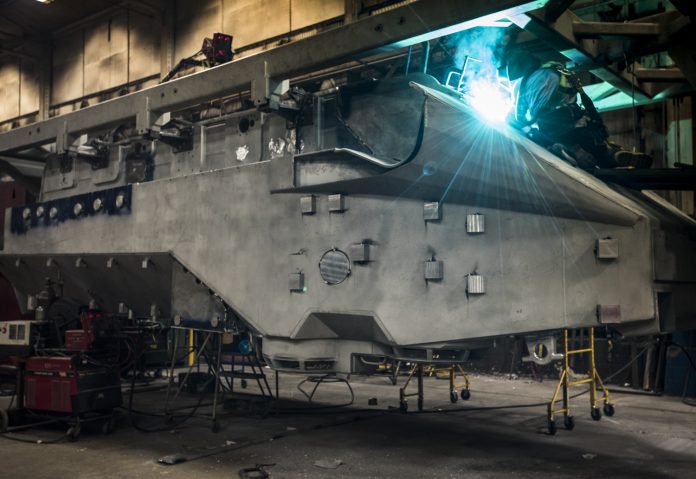 Under the contract, Loc will provide a newly constructed armored cab, upgrading the entire cab design to better protect crew members. The contract is a build-to-print effort that uses a government-provided technical data package.

“We have continued to bring a cost-competitive mindset to large government prime contract opportunities,” says Lou Burr, CEO of Loc. “This has served to drive down cost in the industry without sacrificing delivery or performance.”

Burr says the company has delivered more than $1.1 billion in prime contracts to the government.

Loc will hold a job fair 2-6 p.m. on Sept. 12 at Loc’s Lansing manufacturing facility at 1600 N. Larch St. to recruit new employees in support of the contract.

The company is a full-service manufacturer of large CNC machined components, fabricated structures, and assemblies for military and industrial applications.