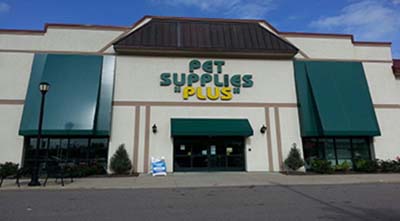 Livonia-based Pet Supplies Plus, which opened 26 stores this year, will expand its brand in multiple states with an additional 35 new stores in 2016.

“Our continued growth in 2015 and pipeline filled with new stores for 2016 demonstrates the constantly growing demand for pet products,” says David Leonardo, senior vice president of franchising for Pet Supplies Plus.

Leonardo says Pet Supplies Plus plans to move the brand into new regions, including California. The retailer is also seeking franchise partners in Atlanta, Denver, St. Louis, and Florida.

Pet Supplies Plus, which has more than 330 stores in 26 states, first opened a storefront in Redford Township in 1988. The company offers pet care for dogs, cats, birds, fish, and reptiles, along with services such as adoptions, grooming, and a self-service pet wash.