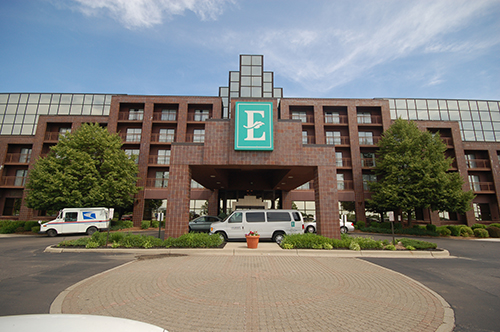 A New York-based real estate investment, development, and management firm plans to invest more than $50 million in physical upgrades to eight Embassy Suites hotels, including the 239-room Detroit – Livonia/Novi hotel near I-275.

“We don’t have a hotel-by-hotel breakdown, but I can certainly assure you that it’s (in the) very high seven figures,” says Russ Flicker, managing partner of AWH Partners, which announced Wednesday that it has the hotel portfolio under contract and plans to close on the sale in January.

Renovations at the hotel — on Victor Parkway between Eight Mile and Seven Mile roads — will likely begin in the second half of 2014 and will include “upgraded rooms in every sense,” Flicker says. However, he notes that the focus of the renovations will be a thorough makeover of the public areas, including 6,000 square feet of meeting space.

“That means a completely re-envisioned (lobby) atrium that’s modern both in terms of look and feel,” he says. “For corporate guests, it’s re-imagined meeting rooms.”

Russ says that when reviewing the company’s portfolio, which also includes Embassy Suites hotels in Denver and El Paso, AWH Partners toured each of the lodges. “We like the submarket a lot in Livonia. We’ve seen what the hotel can do, what it has done over the years, and feel very comfortable that, with the upgrades, the (Livonia hotel) is going to outperform its peers and do very well,” he says.

Since 2010, AWH and its principals have completed in excess of $400 million in hotel investments and are managing or have completed hotel redevelopment projects totaling more than $100 million.