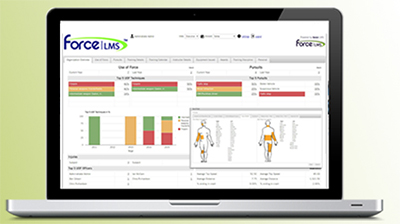 As police departments across the country are working to track their use of force more diligently, a Livonia-based IT managed services company, AM Data Service Inc., has developed a software program that tracks every use of force, along with distance and time on pursuits, among other data.

“The most effective way to improve future performance is to learn from previous events,” says Jeff Felts, a retired City of Wayne police officer who originally envisioned the idea for the software, called Force Liability Management Solution. “However, knowing what to train towards or exactly what has been encountered in the past has often relied upon insufficient and inaccurate data resulting in training, policies, and equipment that are outdated and slow to evolve.”

Felts says law enforcement agencies typically track the statistics using databases, spreadsheets, or even paper, which can be inefficient. He says with Force LMS, all training is documented, cataloged, and sorted into granular detail including hours, subjects, instructor information, how many rounds fired during training exercises, and with which weapons. Force LMS also tracks every use of force, including the suspect’s demographics (gender/age/height/weight/race), where it happened, and under what conditions.

For pursuits, it tracks the average speed, time, and distance traveled before pursuits end, the most successful technique to end pursuits, the number of pursuits ending in crashes and injuries, and how often pursued drivers were intoxicated.

He says Force LMS, which has been in development for more than two years, is easy to use, with a point and click interface.