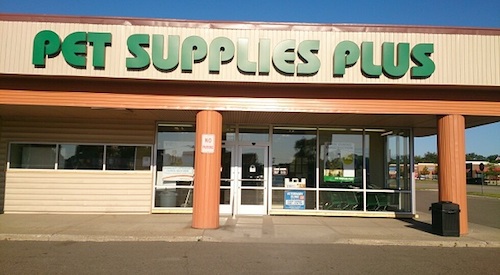 Livonia-based Pet Supplies Plus, the nation’s largest pet franchise, today announced it will open 60 stores this year. The expansion will give the franchise 450 locations throughout the country, more than half of which are independently-owned businesses.

The new locations will continue to build the company’s presence in existing regions in the South, East, and Midwest as well as open new markets. The retailer is actively seeking qualified franchise partners to develop its presence in Oklahoma, Kansas, Florida, Houston, Atlanta, Virginia, New England, New York, and California.

Last year, the company expanded into Colorado for the first time. Additionally, the brand acquired regional chain Pet Extreme (California) a year ago, and the 10 locations became the first Pet Supplies Plus stores on the West Coast when they opened last fall.

Already, Pet Supplies Plus has opened 14 new stores in January, and has four more on the way in February. Founded by retail veterans Jack Berry and Harry Shallop, the pair opened the first Pet Supplies Plus store in Redford in 1989.

“Pet Supplies Plus put together a milestone year in 2016, and we are already locking in deals and opening brand new stores at an excelling rate in 2017,” says Chris Rowland, CEO of Pet Supplies Plus. “The openings and franchise opportunities create tremendous amounts of homegrown career and business opportunities, all while introducing our brand to neighbors in new U.S. towns.”