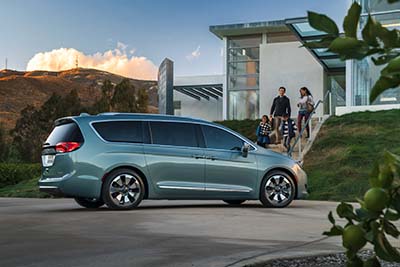 Troy-based LG Chem Power Inc. today announced it will supply the lithium-ion battery pack system and controls for the 2017 Chrysler Pacifica Hybrid minivan, the industry’s first electrified minivan. The vehicle is scheduled to launch by the end of the year.

Denise Gray, CEO of LG Chem Power, says the cells and packs will be manufactured at LG Chem Michigan’s facility in Holland. She says the battery pack was engineered at its facility in Troy, including hardware, software, prototypes, packs, and electronics.

“(LG Chem has) experience with entire battery packs, including cell design and manufacturing capability,” Gray says. “We believe our technical strengths, engineering, and manufacturing expertise position us as a … provider for electric vehicles today and in the future.”

She says the agreement with FCA US marks the first time LG Chem will manufacture and engineer a complete battery pack in Michigan for a volume production North American vehicle.

The Pacifica Hybrid can run up to 30 miles on electricity, achieving an estimated 80 miles per gasoline equivalent. The battery pack can be recharged in two hours and is packaged under the second row floor.