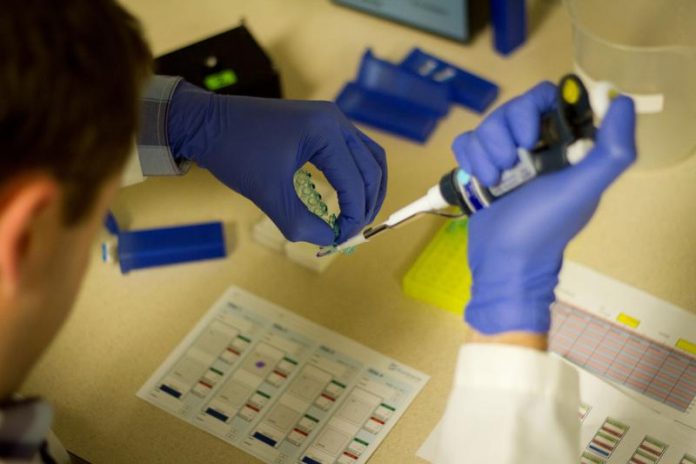 After nearly a decade in downtown Detroit, Genesis Genetics, a worldwide provider of genetic testing and screening, has moved to a larger corporate headquarters in Plymouth.

The move to Plymouth was strategically planned, says Tony Gordon, managing director of the company, which provides pre-implantation genetic diagnosis and delivers laboratory services for in vitro fertilization centers across the country and throughout the world.

Gordon says the new location will allow a closer commute to Detroit Metro Airport, which is essential as the firm’s work depends on timely reporting of test results as well as courier deliveries.

“The quantity and location of our labs are particularly significant. It gives us the opportunity to make our tests and customer service available to a global audience,” Gordon says.

In addition to the headquarters in Plymouth, the 13-year-old firm has laboratories in Arizona, Argentina, Brazil, Jordan, South Africa, Taiwan, and the United Kingdom.

Pre-implantation genetic diagnosis, or PGD, is a laboratory procedure that is used in conjunction with in vitro fertilization to help detect certain single-gene diseases. Genesis Genetics was among the first to perform the testing and is known globally for the ability to test for some of the rarest genetic conditions. Genesis Genetics works with IVF clinics to offer PGD as an option to couples who are at risk of having a child with an inherited disorder.

With pre-implantation genetic screening or PGS, an embryo can be transferred in an IVF cycle after being tested for chromosomal abnormalities. Genesis Genetics gives potential parents the ability to quickly decide to undergo the test and select embryos with normal numbers of chromosomes.