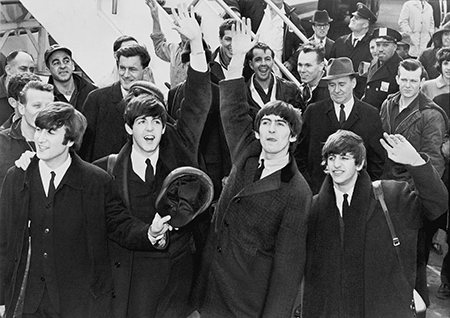 Researchers at Lawrence Technological University in Southfield have developed an artificial intelligence algorithm that can analyze and compare musical styles, enabling research into the musical progression of The Beatles. The goal is to further identify new uses in the growing field of algorithmic research.

“This experiment demonstrates that artificial intelligence can identify the changes and progression in musical styles by ‘listening’ to popular music albums in a completely new way,” says Lior Shamir, an assistant professor at LTU, who developed the audio analysis technology with graduate student Joe George.

The study, published in the August issue of Pattern Recognition Letters, demonstrates scientifically that the structure of The Beatles music changes from one album to the next. By analyzing 11 songs from each of the group’s 13 albums, the researchers were able to quantify the similarities between each song and all the others in the study.

Let It Be was the last album released by the Beatles, but the algorithm correctly identified those songs as having been recorded earlier than the songs on Abbey Road.

“People who are not Beatles fans normally can’t tell that Help was recorded before Rubber Soul, but the algorithm can,” says Shamir. “It is worthwhile to study what makes their music so distinctive, and (it shows) computer science and big data can help.”

The researchers have also used the algorithm to analyze the albums of other well-known bands, such as Queen, U2, ABBA, and Tears for Fears.